Yoga for Athletes – Side Plank

December 20, 2014 Athlete, Triathlon, Yoga Comments Off on Yoga for Athletes – Side Plank 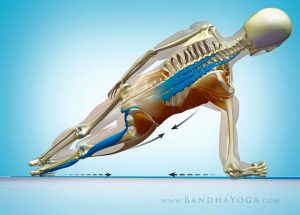 Side Plank is an excellent way for athletes to build strength

This is an excellent visual on the goings-on of side plank. For those that are interested, the yoga name is Vasisthasana.

I’ve recorded a video for you on the in’s and out’s of this wonderful pose.

Athletes check out the plethora of benefits:

The Role of Antioxidants in the Endurance Athlete – By Dr. David Phillips

November 15, 2011 Eating, Prevention, Triathlon Comments Off on The Role of Antioxidants in the Endurance Athlete – By Dr. David Phillips The Role of Antioxidants in the Endurance Athlete

by David Phillips M.D. Much has been talked about in the sports and science community about the adverse affects of prolonged and strenuous exercise as it relates to the production of free radicals in an athlete’s body. What are these byproducts of aerobic exercise and why are they damaging to the human body? More importantly, what role do antioxidants play in neutralizing these damaging molecules and what can we as athletes do to facilitate this protective process?

Free radicals are highly reactive species produced during various molecular processes in the human body. While environmental factors such as pollution, radiation and cigarette smoke can spawn free radicals, in this article we will focus on those free radicals produced during endurance exercise. Free radicals are atoms or groups of atoms with an odd or unpaired number of electrons and can be formed when oxygen interacts with certain molecules. Once formed, these reactive radicals can start a chain reaction, similar to a domino effect. In other words, these compounds attack the nearest stable molecule, “stealing” its electrons in order to gain stability. When the “attacked” molecule loses its electron, it becomes a free radical itself, beginning a chain reaction. Once the process is started it can cascade, resulting in the disruption of a living cell. Free radical damage not only contributes to accelerated aging, it also causes damage to immune cells. It’s not uncommon for endurance athletes such as triathletes or marathoners to have a higher incidence of colds and upper respiratory infections after competition and intense training. Free radical damage to cellular DNA plays a significant role in the evolution of certain cancers, heart disease and neurological disorders such as Alzheimer’s disease.

Endurance exercise can increase oxygen utilization from 10 to 20 times over the resting state and up to 100 to 200 times in working muscles. This greatly increases the generation of free radicals via oxidative metabolism in skeletal mitochondria. Fortunately, the body has an elaborate antioxidant defense system that utilizes dietary intake of antioxidant vitamins and minerals as well as our body’s own enzyme systems to decrease concentrations of the most harmful oxidants in tissues. Regular endurance training has been shown to enhance our internal antioxidant defense system, these changes of which occur slowly over time and appear to parallel other adaptations to exercise. When free radical production exceeds the ability of antioxidant enzymes and nutritionally obtained antioxidants to neutralize them, oxidative stress results. So, what can we as endurance athletes do to minimize the damage caused by the inevitable overflow of free radicals during training and competition?

Fruits and Vegetables: The Power of the Pyramid!

A recent change in dietary intake of fruits and vegetables by the USDA has placed a greater emphasis on increasing our daily consumption from the previous 5-7 servings a day to 7-9 servings and up to 13 servings or more for endurance athletes! Vitamins C, E, and beta carotene are the primary vitamin antioxidants. Previous research looking into the effects of supplementing our diets with these isolated nutrients has yielded equivocal results. Once thought to be beneficial to cardiac health, isolated vitamin E supplementation has now been questioned. Beta carotene supplements have been shown to increase lung cancer in smokers as well as contribute to thickening of the lining of arteries. Recent studies now point to the synergistic role of numerous antioxidants obtained from the consumption of whole foods such as fruits and vegetables. Therefore, a diet rich in naturally occurring antioxidants appears to outweigh the risks inherent to supplementing one’s diet with isolated laboratory made supplements. Furthermore, various key trace minerals such as zinc, selenium and manganese found in naturally occurring foods are needed for the proper functioning of various endogenous antioxidant enzymes.

The endurance athlete faces a challenge of balancing daily aerobic exercise with preventative measures that minimize the damaging affects of oxidative stress.  Clearly, fruits and vegetables rich in antioxidants are vital to this balance. Many of us may find it difficult to consume the recommended amounts of fruits and vegetables to achieve this balance. For those who are unable to take in enough daily produce, cryoevaporated fruits and vegetables in capsule form, such as Juice Plus+, make it possible to supplement what we are not able to consume when we visit the salad bar. Antioxidant supplementation helps to bridge the gap between what we eat on a daily basis (what we know we should be eating!) and the optimal amount of phytonutrients needed to combat the damaging effects of oxidative stress. As endurance athletes, it is important to be aware of not only the benefits of aerobic exercise but the potentially negative aspects training and racing can have on our bodies and long term health. Finding a healthy balance between training and proper nutrition will go a long way in promoting longevity in any endurance athletic activity. 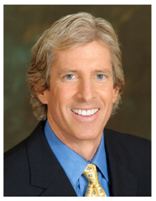 David Phillips, M.D. graduated in 1984 from Harvard University where he earned academic honors and was an All-American swimmer.  He received his medical degree from Wright State University School of Medicine in Dayton, Ohio.  After practicing as an emergency room physician, Dr. Phillips shifted his focus to sports medicine.  He has competed individually in national and international triathlons including the 2005 Ford Ironman World Championships, and qualified as a member of Team USA at the 2008 International Triathlon Union World Championships in Vancouver.       END_OF_DOCUMENT_TOKEN_TO_BE_REPLACED
Share